Where to stay in Beirut – Best areas and hotels 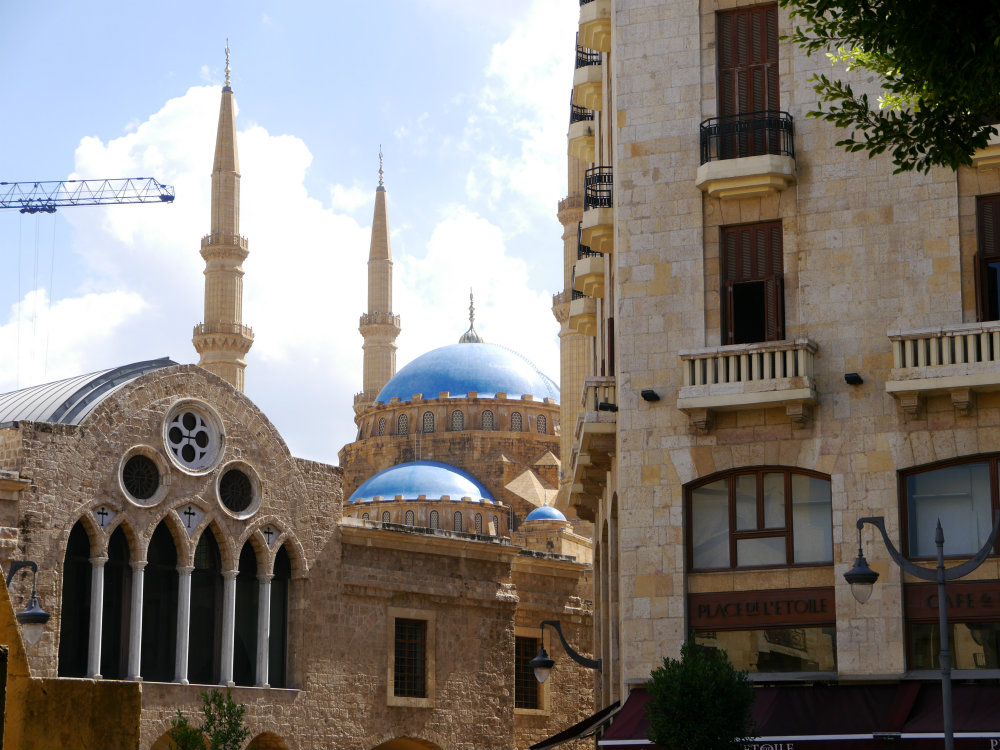 Best area to stay in Beirut

What you need to know about where to stay in Beirut

Beirut, the capital of Lebanon is one of the most interesting cities in the Middle East.

With a rich history dating back 5000 years, Beirut is one of the oldest cities in the world. Its tourist, archaeological and architectural attractions include examples of Phoenician remains, Greek and Roman ruins, Byzantine churches, Islamic mosques and French-style, art nouveau and art deco palaces.

Located on a peninsula and bathed by the Mediterranean Sea, Beirut also offers beaches, cliffs and caves in a modern and cosmopolitan setting while at the same time keeping a traditional and ancient heart.

Beirut is a very large city, with a transport system that leaves much to be desired. So choosing the best area to stay in Beirut is of vital importance to make your trip to the Lebanese capital perfect.

These are the best areas:

The central area of Beirut, also known as Downtown Beirut or Beirut Central District (BCD) is probably the best area to stay in Beirut. This neighbourhood concentrates most of the city’s tourist attractions, such as the Roman ruins, St. George’s Cathedral, the Lebanese Conservatory, the parliament and Nejmeh Square or Place de l’Étoile.

As the name suggests, the Downtown is in the geographical centre of the city and has been renovated in recent years to repair the devastating effects of the Lebanese civil war (1975-1990). The area is home to many French-style boutiques and boulevards surrounded by elegant nineteenth-century and art deco palaces.

The hotels in this area tend to be on the upmarket end of the spectrum.. 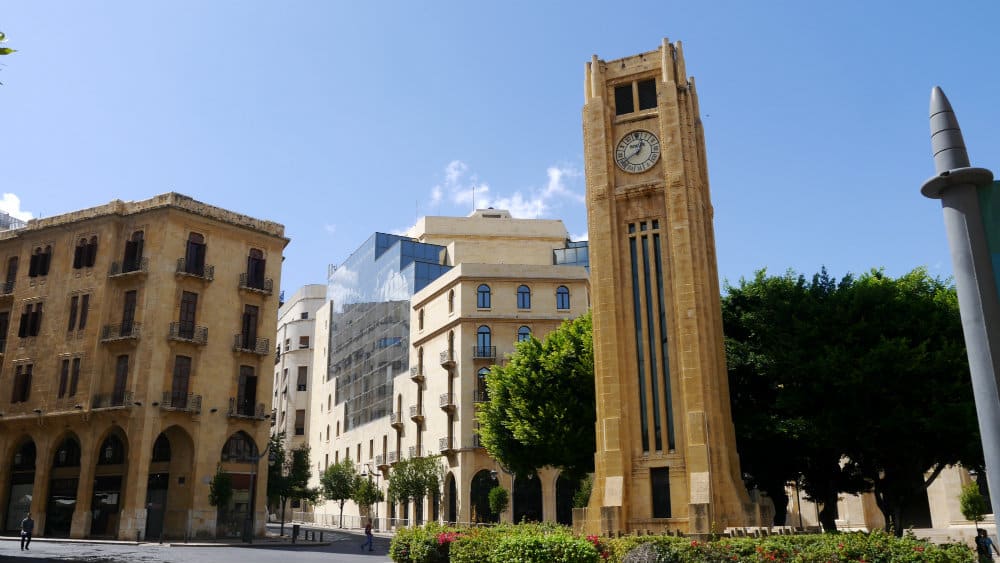 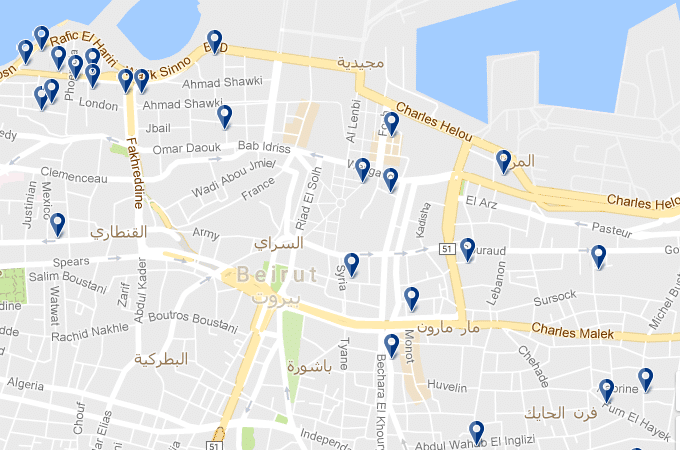 Staying in Downtown Beirut – Click to see all hotels

Located in the western part of Beirut, Hamra is the old Muslim district of the city. It is a lively and central mid-range neighborhood.

Its main avenue, Rue de Hamra is a vibrant gastronomic and leisure area, with many cafés, boutiques and shops. The presence of the American University of Beirut (AUB) makes Hamra a young district with a lot of cultural and leisure options.

Hamra is also home to the Corniche, a pedestrian seaside promenade that offers spectacular views of the Mediterranean, especially at sunset.

It is probably the best area to stay in Beirut, particularly if you are looking for cheap accommodation, with options to suit every type of budget. 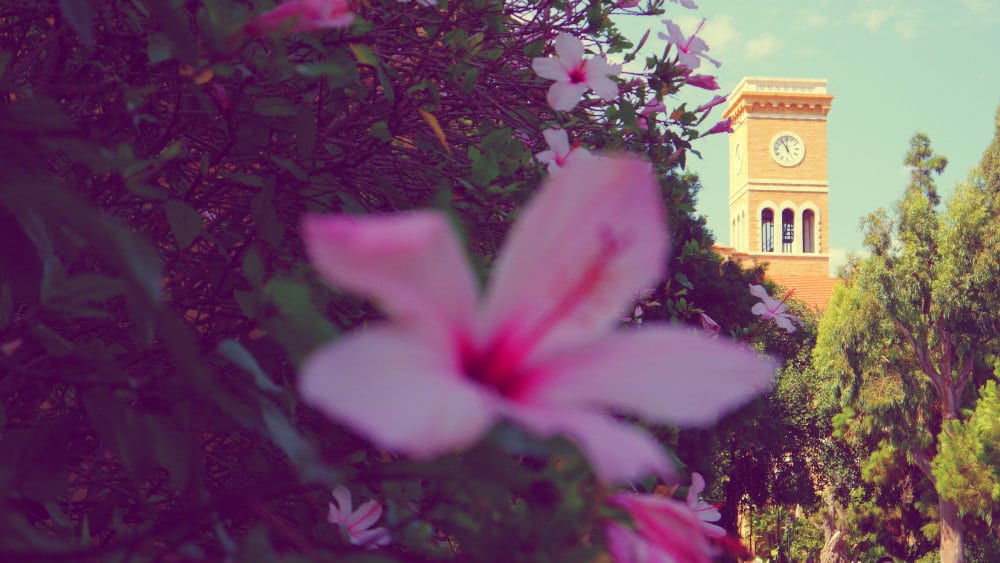 Achrafieh is located in the eastern part of Beirut. It is the old Christian quarter of the city. In the immediate vicinity are many of the Orthodox churches.

Achrafieh hosts an important Armenian community and has a cosmopolitan feel to it.

The area is considered to be the alternative heart of Beirut, with an important and intense cultural life and numerous art galleries, designer shops street art contemporary exhibitions.

Located near the Downtown, Achrafieh is one of the best areas to stay in Beirut. 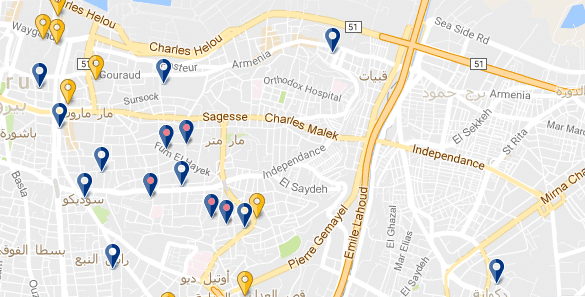 Raouché is a residential and commercial district located in the west of Beirut.

Located south of Hamra, the neighborhood is famous for its promenade, the rock formations on its coast and its tall and elegant condo skyscrapers.

It is one of the most expensive neighborhoods in Beirut, so the hotels in the area are usually high-end.

Best areas to stay in Beirut