Where to Stay in Granada – Best Areas and Hotels

Where to stay in Granada – What you need yo know

Granada is a city in the autonomous community of Andalucía, Spain.

Its location at the foot of the Sierra Nevada, between coast and mountain, as well as its history, make Granada one of the most important tourist destinations in Europe. 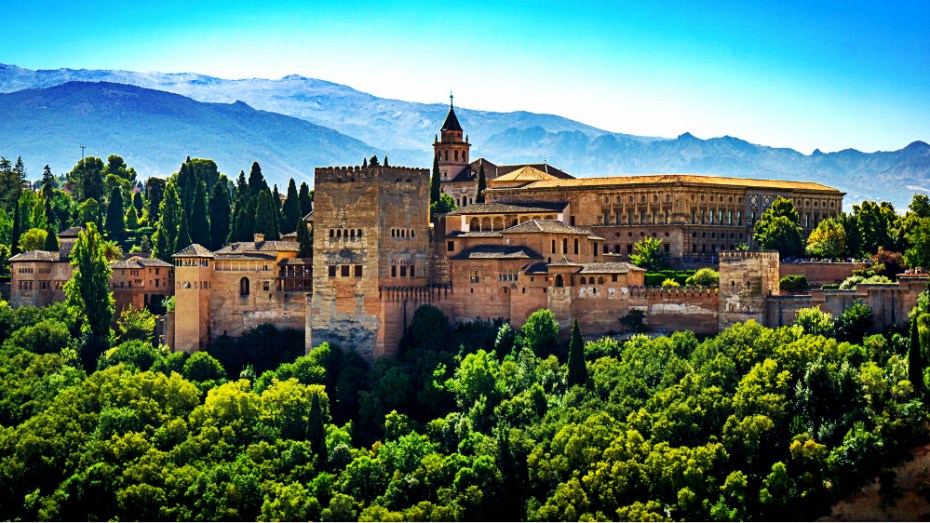 Where to stay in Granada – Best Areas and Hotels

Granada is a journey into the past between Islam, Judaism and Christianity, with a multicultural heritage of art still latent in its Old Town, which is World Heritage, where you can see the transformation of the Muslim medina into Christian capital.

Part of the charm of Granada can be seen in its unique caves in sidewalks and ravines, as well as in its historic palaces and gardens, in Baroque and Renaissance styles of the sixteenth century.

Granada can be accessed from several airports, including the Federico García Lorca airport, which is located northeast of the city and connects with almost all domestic destinations in Spain and the most important cities of the European continent.

Granada is a relatively small city and walking through its Old Town is the best way to get to know it. To move to other areas, you can always use the public bus system of the city. It must be considered that many of the historic districts are on a slope and, if you want to visit it in the warmer months, it is recommended to bring water and comfortable shoes.

Granada has a rich gastronomy derived from Andalusian cuisine. The most delicious dishes are cooked with beans, ham, and pork in all their combinations.

The best of Granada at a tourist level can be discovered in the Old Town, where nature and history coexist See accommodation in Granada’s Old Town.

The best hotels to stay in Granada.

Hostels and cheap stays in Granada.

Looking for independence? Book an apartment in Granada.

Pensions, b&b and guesthouses in Granada.

Best areas to stay in Granada

Granada’s Old Town is the place where the best tourist attractions are located and is the most important core of the commercial activity of the city.

The most emblematic sights in the area are its heritage treasures: the Cathedral, the Royal Chapel (where the remains of the Catholic Monarchs, Juana la Loca and Felipe el Hermoso are located), the Madraza, the Alcaicería, the Plaza de Bid Rambla and the Plaza Nueva, among other historical monuments.

Granada’s Old Town is also famous for its leisure offer, as it is surrounded by restaurants and cafés visited by tourists and locals.

When you stay in Granada’s Old Town, you can enjoy the best shows, museums, concerts, tearooms, Arab baths, and celebrations. However, it is not recommended to take a vehicle when staying in the centre of Granada, since parking is restricted for residents.

The Old Town is the best area to stay in Granada because it is the heart of the city and because of its hotels of different categories and costs, including hostels, apartments, and pensions, but you must book in advance.

Where to stay in Granada, Spain – Old Town

Granada – Old Town – Click to see all hotels on a map

Albaicín is east of Granada and is considered one of the most beautiful neighbourhoods in the world, as well as one of the oldest in Muslim Granada.

The area was declared a World Heritage Site by Unesco, for preserving the Nasrid style inherited from Hispanic Muslim art, manufactured with few materials, but rich in ornamentation, as can be seen in the walls and doors of the palaces in the city.

Albaicín stands out for its bohemian vibe and attracts tourists who seek to discover the art and culture of Granada but staying away from the most crowded areas.

In Albaicín you will find the best boutique-type hotels in Granada, with costs adaptable to all types of budgets, although few of them offer parking for those traveling by car.

Where to stay in Granada – Albaicín

Granada – Albaicín – Click to see all hotels on a map

Located on the banks of the Genil and Monachil rivers, Zaidín, also known as Zaidín-Vergeles, brings together beauties that are related to scientific architecture.

Zaidín is the headquarters of first-grade scientific centres, as well as sports icons such as the Los Cármenes stadium and the Palacio de Los Deportes, the Health Campus and the Science Park, among others.

Many visit it attracted by the art museum, created for the promotion of science, especially for those who like to enjoy and have fun with interactive facilities, designed for great scientific discoveries.

Zaidin is among the best areas to stay in Granada for having hotels of all types, adaptable to the needs and budget of each traveller.

Granada – Zaidín – Click to see all hotels on a map

Ronda is a district located to the west of Granada, formed by several neighbourhoods that have made it the most populated area of the city.

Ronda, which borders the Old Town and the Zaidín district, has attractions such as the Federico García Lorca Park, which includes its own museum and areas for children.

As Ronda is located on a slope, many tourists and people from Granada visit it to enjoy its spectacular views, worthy of a postcard.

Visiting the district of Ronda is a must when travelling to Granada. For all these mentioned qualities and for having the best accommodation at good costs, Ronda is one of the best areas to stay in Granada.

Granada – Ronda – Click to see all hotels on a map

Best area to stay in Granada