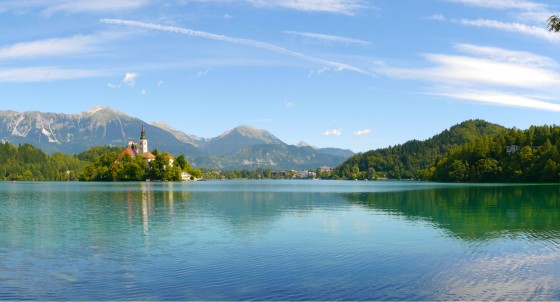 A certain aura of timeless elegance surrounds Bled. It is an aristocratic environment similar to that found in other spa cities such as Baden, Bath or San Sebastian, places that awoke to tourism long before Benidorm opened its first bar.

And like Baden, Spa or Bath, it was thermo-medicinal travel that made Bled popular as a holiday destination back in the nineteenth century. But it’s Bled’s privileged surroundings, scenic mountains, and blue water lake with an island in the center that makes this tiny Alpine resort a true dream location.

I was never too fond of the adjective “fairytale-like” to describe a place, but one cannot find another way to describe this Slovenian town.

This is a list of some of the things to see and do in Bled, Slovenia.

It’s the main attraction of the region and one of the most visited places in the country. This glacial lake is over two miles long, nearly one and a half wide and 30 feet deep, in the middle of it lies Bled Island.

Bled Lake is also where many rowing competitions take place. In the summer, the natural swimming pools on its banks are open to the public.

In the winter, the frozen water becomes a skating rink of epic proportions.

Bled Lake is surrounded by trees and hills, there’s a nice walking path that goes around it, with a small city park on its eastern bank.

Bled Island and Church of the Assumption 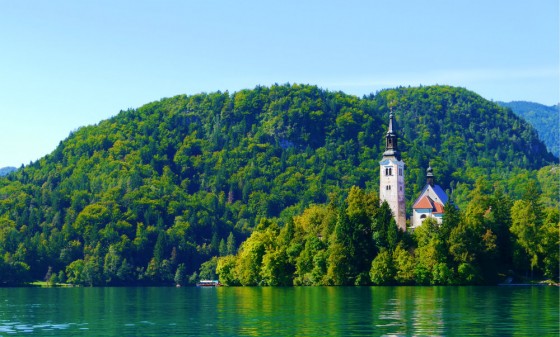 In order to visit the island in the middle of the lake, you can take one of the traditional boats or Pletna. These boats, much like Venetian gondolas, are considered regional heritage.

The boatmen have inherited the craft from father to son since the sixteenth century. The boats have no engine, so they have to row from the pier, in front of the Park Hotel, to the island in the lake carrying about 20 people. Talk about arm strenght!

From the island, you can get a different perspective on the lake, the city and its castle. You can also have a glimpse at the summer palace of former Yugoslav dictator Tito on the south, now a hotel.

Once on the island, walk to the Church of the Assumption. This tiny temple, dating back from the fifteenth century, displays a Baroque décor. After climbing the 99 steps between the lake and the church, tradition dictates that you ring the bell while asking for a wish. 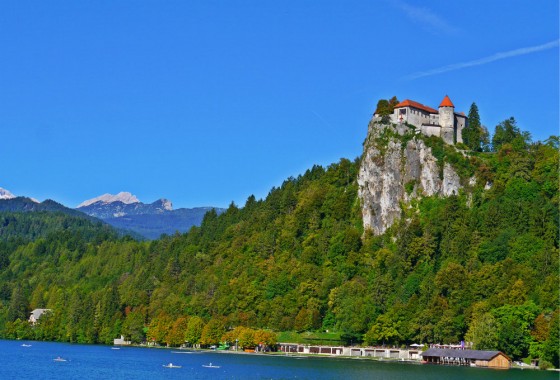 Bled Castle overlooks the lake from a cliff 130 meters high. Its oldest part was built around the year 1000. Over the years, later towers, fortifications and buildings were added, arranged around two courtyards.

The sixteenth century chapel inside still has some interesting frescoes.

Bled Castle houses a museum devoted to the origins and history of the city and lake, from its first inhabitants to the arrival of tourism in the mid-nineteenth century, when the Swiss naturopath Arnold Rikli discovered the thermal properties of the lake waters and Bled turned into must-visit site for much of the European aristocracy. 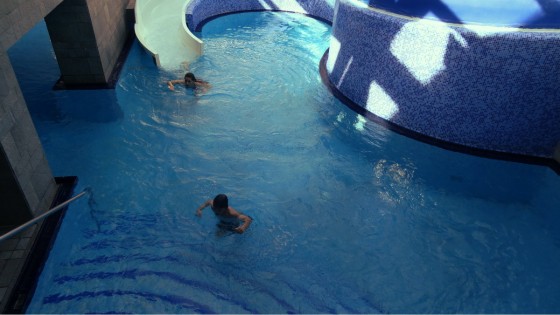 The thermal medical center that Rikli built in lake has been gone for long, but Bled is still a spa destination.

Whether you stay at any of the Sava hotels (Grand Hotel Toplice, ParkHotel or Golf Hotel) or not, you can have access to the spas (you have to pay an entry fee if you’re not a guest at one of the hotels).

Bled has its own ski slope, equipped with a system of lifts and snow cannons. Needless to say, you can only ski during the winter.

What you can do all year round, thanks to a sled that runs on a monorail, is sledding down the side of the hill from the ski resort.

In addition, rowing is also a very popular sport in the area and rowing competitions on the lake are quite famous. You can also rent rowing canoes by the hour. 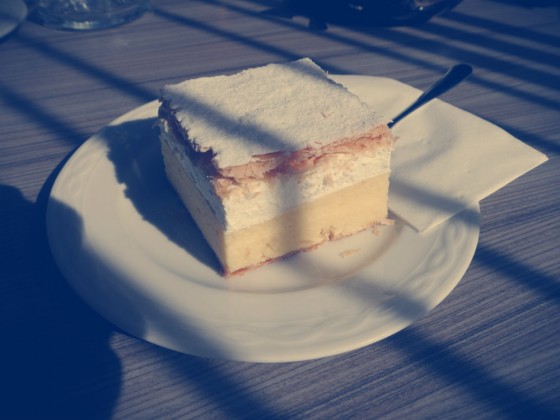 In 1953 a local baker who worked at the Park Hotel, the most famous establishment on Lake Bled, created a dessert mixing cream, custard and pastry.

Since then, the famous cake, known as Kremna Rezina, has become not only Bled’s, but the whole of Slovenia’s staple dessert. Enjoy with tea or coffee watching the sunset from the hotel terrace. 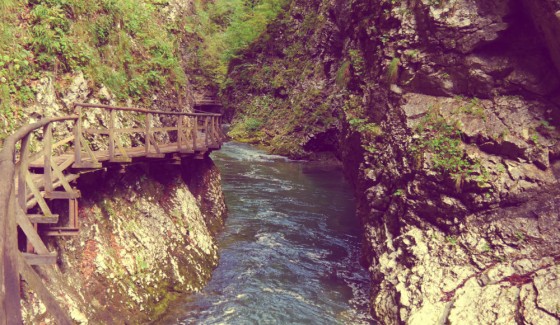 Bled area is very popular for hiking, at the Tourist Office (Cesta svobode 10 4260 Bled. Phone number: +386 4 574 11 22) you can get information about the many natural places that you can visit and the hiking trails around the region.

The most famous and accessible by foot from Bled is the Vintgar Gorge, where the river Radovna has carved canyon walls up to 10 meters high. There are also several natural clear-blue pools formed by water erosion, along with rapids and waterfalls. The whole park is easily accessible through walkways and bridges.

Open to the public since the late nineteenth century , the trek ends with a stunning, 13 meters high waterfall called Sum or “the loud one”.

On the way back, after crossing a wooded area you’ll come across the chapel of St. Catherine in the town of Podhom , where the red roofs of the church are highlighted against the green, mountainous landscape. The walk takes up around three hours.