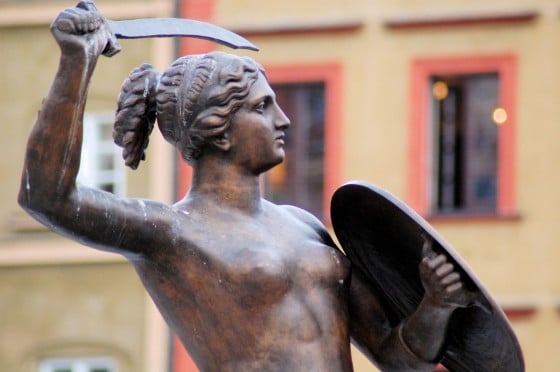 One of the things that Warsaw and Copenhagen have in common is having a mermaid statue as a symbol of the city. The main difference though, is that the Polish version is 200 miles away from the nearest coastline, so she has to make do with swimming in a little fountain located on the Rynek Starego Miasta Square, right in the middle of the Old Town. 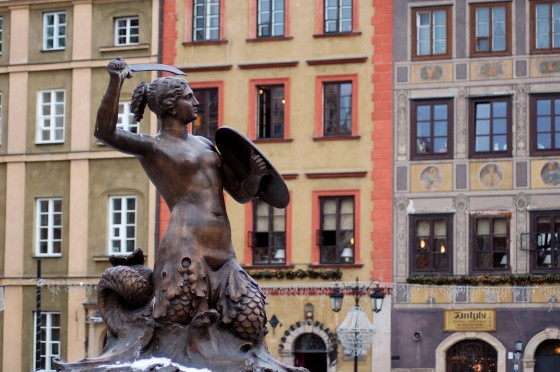 The square itself is a reconstructed masterpiece. During WWII, and along with the rest of Warsaw, it was reduced to ashes.

Luckily, it was recently rebuilt and its former splendor has been restored completely. Like most squares in Eastern Europe, Rynek Starego Miasta is packed with open-air terraces and beer gardens to enjoy a nice drink (mostly in the summer). 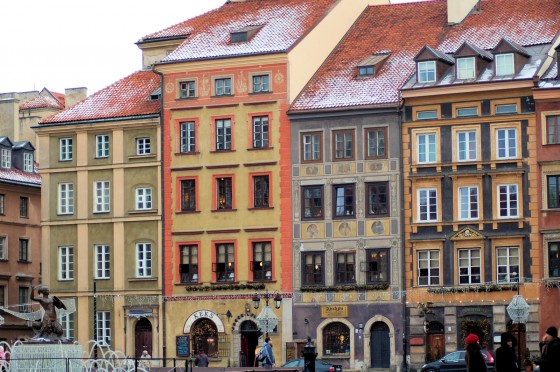 Looking around, it’s hard to believe that the age of these buildings can be counted in decades, not centuries.

This sculpture, depicting a warrior mermaid in fight, with its long sword and protective shield, was casted in 1855. It barely survived the onslaughts of World War II and was placed on her ornate pedestal in recent years.

A warrior mermaid has been for centuries the symbol of the city of Warsaw. 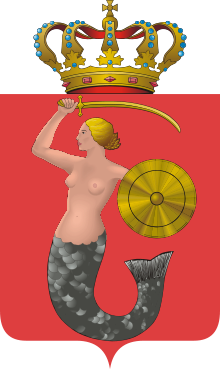