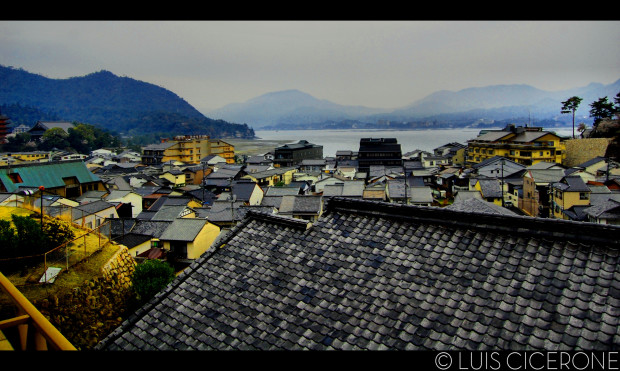 Miyajima itself was everything I expected from my trip to Japan and much, much more.

I learned about the existence of this tiny island south of Hiroshima from another travel blog and, truth be told, it was a fair trade from the frenticism that is Tokyo and the over-idealized peacefulness of Kyoto. I had found my own Japanese fantasy to idealize.

And I will do my best to write this post without using worn out phrases like “frozen in time”, but it will be difficult. Miyajima is the epitome of Japanese exoticism and at the same time is full of that familiarity that travel cliches always bring.

This island, the most sacred of all, is easily accessible via a ferry service that connects it to the city of Hiroshima. It might sound weird, but even from the ship, the island’s distinct aura could be noticed. It felt somehow like being in a Hayao Miyazaki film but in flesh and blood.

The weather was not great, with scattered showers every now and then and a perennial mist that covered the slopes of the island, but iy didn’t matter much, Miyajima is perfect regardless of the weather.

Its temple is a great example of traditional Japanese architecture. Built on water using stilts, the red and white structure seems to float adrift with the high tide. 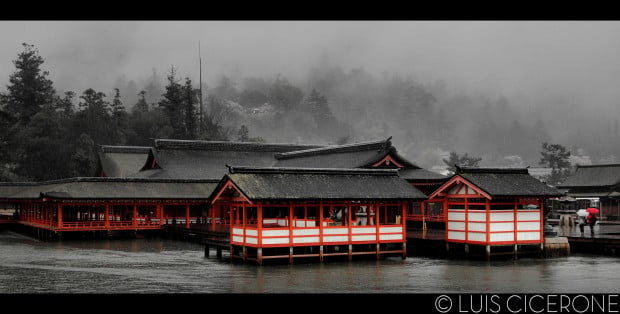 The island’s most famous monument is also located in the water. The famous torii or gate is the official entrance to the temple and the greatest find to anyone even remotely into photography. 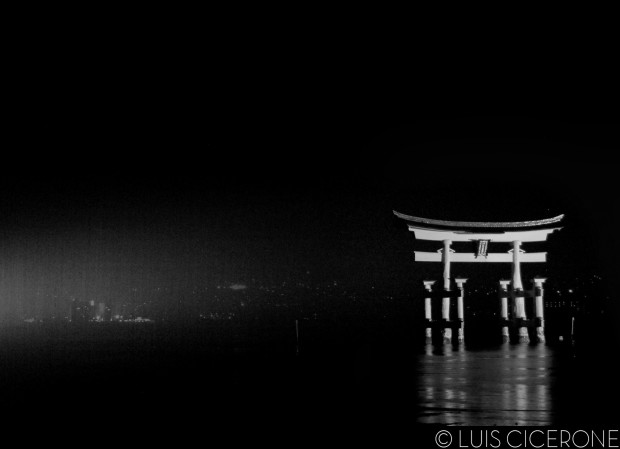 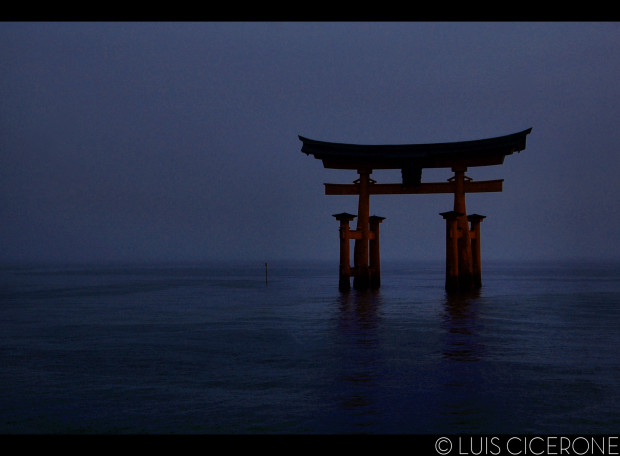 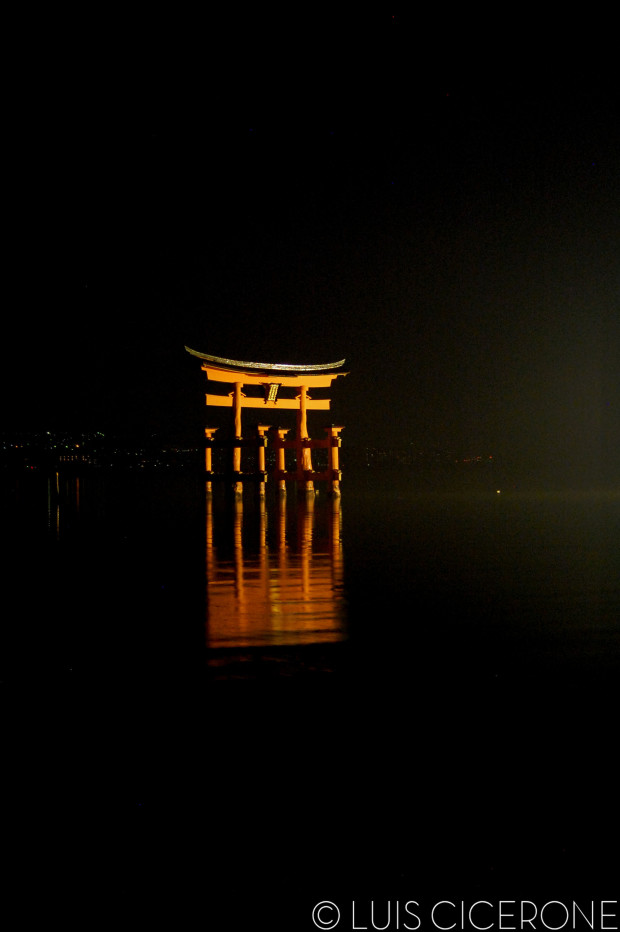 Part of the charm of the island resides in the small deer that inhabit it. These adorable fellows have completely lost their fear of humans, and although authorities explicitly advise not to touch or feed them, it is sometimes difficult to follow the rules, especially when you suddenly find a snout stealing the Manjii from your pocket. 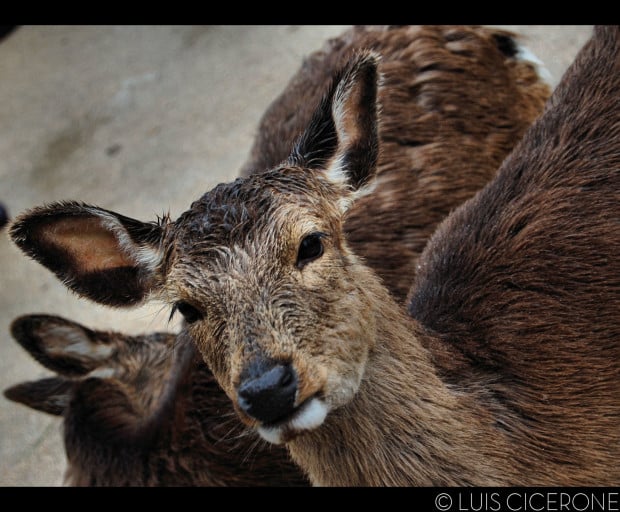 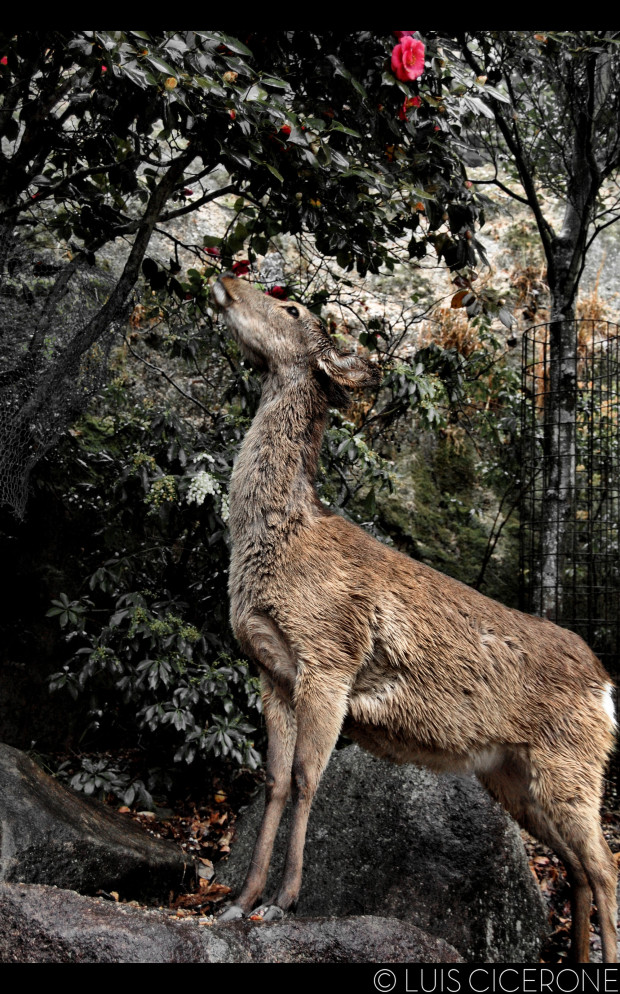 Some sort of theme park when the sun shines, the island becomes a desert in the rain (paradox intended). Most of the tourists that do come don’t dare to come away from the harbor area and the temple, leaving to the more adventurous the pleasures of Miyajima’s inland area, with its shrines, pagodas and beautiful cherry trees, which were in bloom at the time of my visit.

If during a rainy day there’s barely a soul in sight on the island, rainy nights equal almost absolute solitude. In Miyajima silence can be heard for miles. 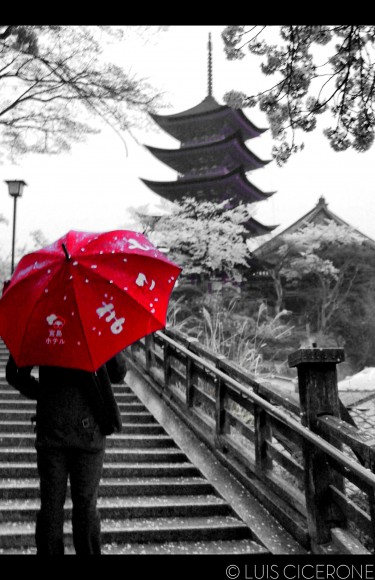 The tourists and weekenders that cram the city during the day tend to leave with the last ferry, so it is highly recommended to stay the night in one of the many Ryokan or traditional Japanese hotels on the island.

The constant flow of tourists ensures wide and varied gastronomic offer… during the day. When night falls, just a handful of restaurants remain open, most of them are specialized in fish and oysters, a delicacy to be tasted. 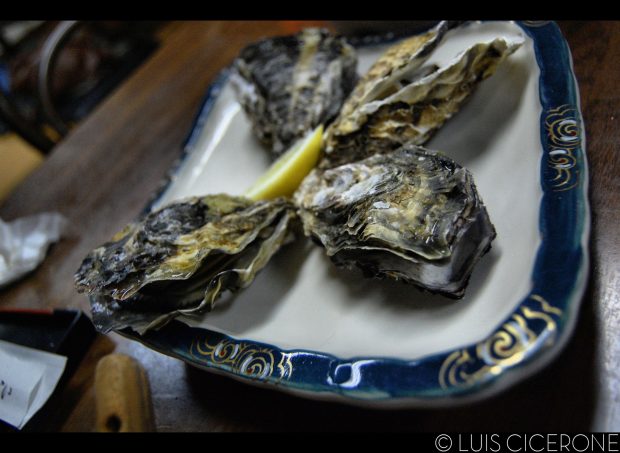 Overall, Miyajima Island is a unique place, where the mists of a rainy day are a blessing, oysters are delicious and deer steal the snacks from your pockets.