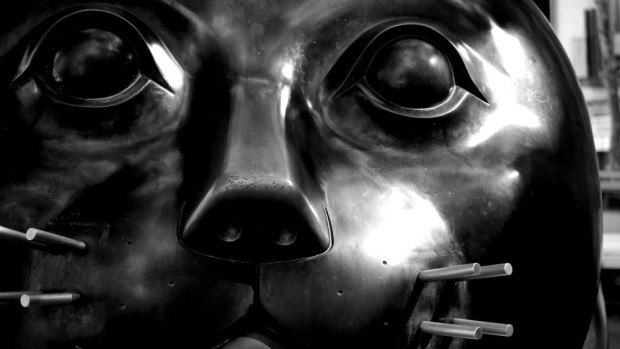 Barcelona is one of the prime tourist attractions of Europe, attracting thousands of visitors every year. However, there is more to Barcelona than first meets the eye.

One of the many hidden jewels is El Raval, a vibrant neighborhood that is both interesting and exciting, giving it a character that makes it stand out as one of the coolest neighborhoods in Barcelona.

The neighborhood, encompassed by La Rambla, Carrer Pelai, the Ronda Sant Antoni, the Parel-el and Ronda Sant Pere, was restricted by city walls up until 1859. The big avenues around it mark out the boundaries of where the walls once stood. It was the destruction of these walls that helped El Raval expand into what it is today.

The neighborhood was famous for its religious foundations, namely the Sant Pau del Camp Monastery. It was also home to a number of fields during the medieval era. Its transition from its troubled beginnings has seen it become one of the most colorful neighborhoods in the city of Barcelona.

Many may recognize the neighborhood of El Raval as begin burdened with criminality. However, the Government were keen to turn things around, seeing the potential the neighborhood had to offer. The less desirable areas were closed with the more inviting areas being given the attention they deserved.

Since the regeneration began, El Raval has evolved into a neighborhood that should be visited at least once. Although it still has hints of its industrious past, the surviving factories consists of old-fashioned workshops that specialize in printing and building supplies.

El Raval manages to offer its residents and visitors a taste of yesteryear, while still remaining modern and contemporary.

El Raval manages to combine a vibrant mix of street life, attitude and art. There is also a healthy mix of trendy bars and restaurants with a unique culture, making it the ideal location for seasoned travelers. The neighborhood also hosts a number of galleries, art studios and book shops which can be visited at your leisure. The museum for contemporary design was first unveiled in 1995 and went on to transform El Raval into the cultural hotspot it is today.

There is also a selection of cozy bars that offer that off fans of music some live entertainment within a relaxed environment.

Although there are many bars within El Raval, there are a couple that really make an impact with locals and visitors. Bar Marsella offers its visitors a unique taste of French bohemia, thanks to its old bottles of absinthe, liquor and its dusty cabinets. There is also Els Tres Tombs Bar which is located near the Sant Antoni market. It isn’t uncommon to see the party-goers gather at the bar in the early hours of the morning to enjoy one last drink before heading home.

Lovers of fashion are able to enjoy the endless number of boutiques that offer a mix of high-end designer labels and bespoke creations that aren’t available anywhere else in the world thanks to its collection of privately-owned clothes shops. This means that the more fashion-conscious can create wonderful outfits that are bound to cause a stir. The boutiques also sell a number of vintage and retro outfits. These boutiques include Le Swing which specializes in vintage accessories from Dior and Chanel. The Mies and Felj boutiques offer retro sportswear and outfits of the mod era.

There is also plenty of choice available when it comes to finding somewhere to stay. Casa Camper treats its guests to a 19th century facade matched with a red and black interior from Ferran Amat. Those looking for a more trendy urban option may want to look into 39 Steps, an apartment that’s tucked away on the side streets, and as it’s an apartment, you can take full advantage of the local produce and create your own meals.

Eating in El Raval is also something that should be experienced. The neighborhood is home to
some of the best tapas bars in the city that cry out to be experienced. Those worth a visit include El Jardi, which is situated in the old courtyard of the Antic Hospital. There is also the Bar Cañete, an Andalucian that is famed for its home-made tortilla, as well as its thrilling atmosphere. Raval is also home to the best ethnic eateries in town. From Indian to Filipino food, there’s no food too exotic for Raval.

El Raval offer tourists a new take on the city of Barcelona. It manages to fit in the culture and history associated with Barcelona, while still retaining its own characteristics. It’s troubled past only adds to its charm and is no doubt an inspiration to other cities that are looking to regenerate.