Where to Stay in Matera – Best Areas and Hotels

Where to Stay in Matera – What You Need to Know

Matera is located in southern Italy, in the Basilicata region, and is the capital of the province of Matera.

This city is called Città Sotterranea (“underground city”) for its troglodyte architecture, with cave dwellings that have been inhabited almost continuously since prehistory.

In addition, its Old Town, known as “Sassi”, was declared a World Heritage Site by UNESCO in 1993, and served as a location for “The Passion of the Christ” by Mel Gibson, representing Jerusalem. 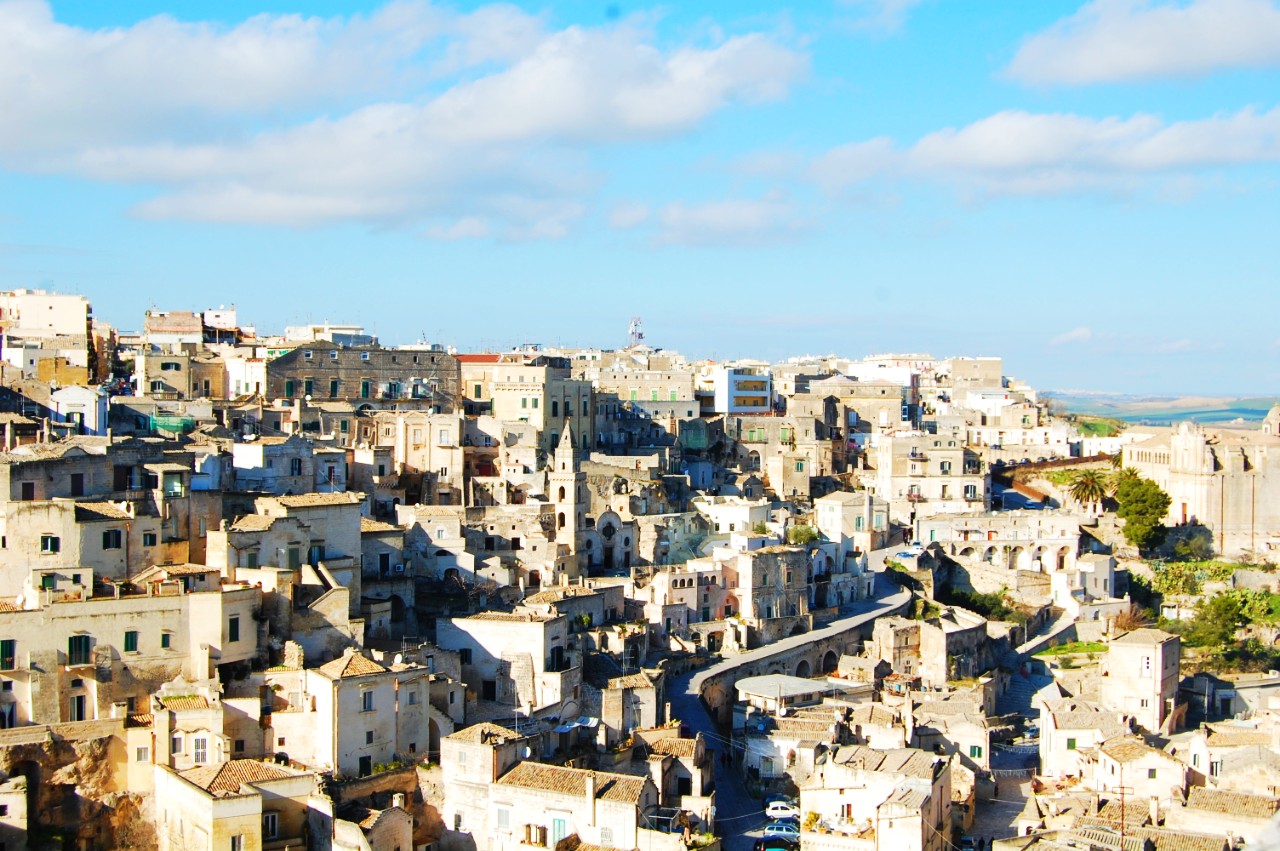 Where to Stay in Matera – Best Areas and Hotels

However, Matera remains one of Italy’s best-kept secrets, which is why moving through this historic city does not give you the feeling of being in a theme park full of tourists, unlike places like Cinque Terre, Venice or Rome.

When choosing the best time to visit Matera, you have to take into account that the city is warm and temperate, with very rainy winters.

Therefore, summer is the right time to travel to Matera and to enjoy clear skies, always considering that most of its attractions are in steep streets that can be a challenge for the less athletic visitors.

The nearest airport is in Bari, in the Puglia region. From Bari, you can take a train to Matera operated by Ferrovie Appulo Lucane since this city is not connected to the Tren Italia company.

It is also possible to reach Matera by car or bus.

To move within the city, you can take the bus in its more “modern” areas and walk in the Old Town since most of its streets are completely pedestrian.

As for the best areas to stay in Matera, its Old Town or Civita stands out, as it is where most of the attractions of the city are located, including the Sassi di Matera See accommodation in Old Town.

The best hotels to stay in Matera, Italy.

Looking for independence? Book an apartment in Matera.

The best areas to stay in Matera, Italy

The monumental area of ​​the Sassi di Matera is the heart of this historic city and the best area to stay in Matera.

This area groups two districts (Sasso Barisano and Sasso Caveso) that house most of the attractions that are worth seeing in Matera.

Among the things to see in Matera’s Old Town, you’ll find the Cathedral of Matera (Duomo) and its Sassi, the famous houses built in stone caves that star in most of the photographs of the city.

Staying in the monumental area of ​​the Sassi di Matera allows you to know the most authentic side of the city and surround yourself with history. Walking through its particular network of alleys is a unique experience since you’ll often have to walk over or under inhabited buildings and dwellings.

Therefore, sleeping in this area of ​​Matera is ideal to wander and dive into the city’s past.

This area houses all types of accommodation, including many charming hotels, luxury hotels, B&B and apartments.

Among the cultural attractions found in the Old Town are the Domenico Ridola National Archaeological Museum and the Castello di Tramontano, where concerts, theatre performances and events are held constantly.

As in most cities in Italy, in Matera City Centre, you can taste excellent pizzas, pasta and other typical dishes.

The Old Town is the best area to stay in Matera for its perfect location, cultural options and variety of hotels. 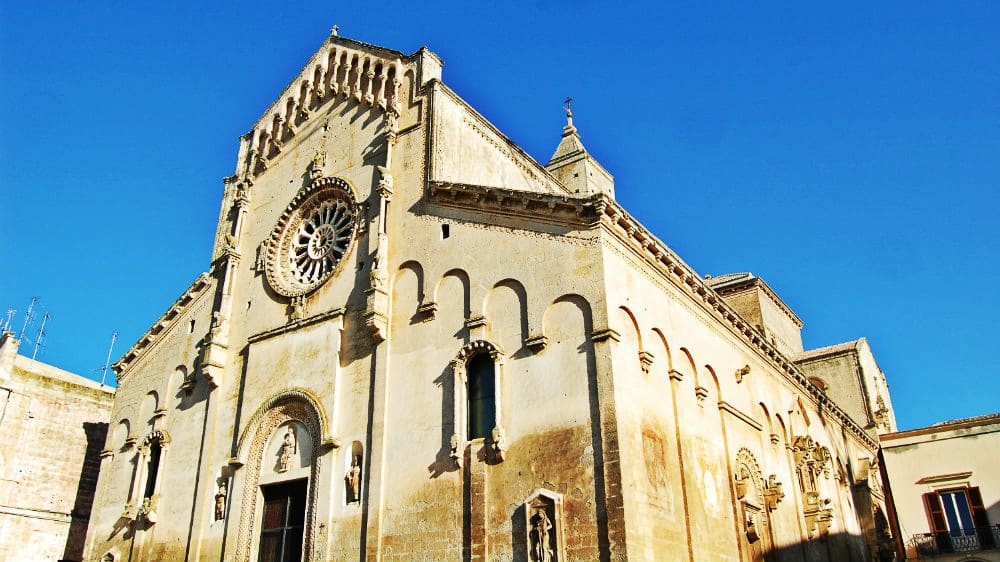 Best areas to stay in Matera – Near the Cathedral of Matera

Where to stay in Matera – Near the Sassi di Matera

Matera – Old Town – Click to see all hotels on a map

2. Near the Matera Centrale train station

The Matera Centrale station is the most important railway terminal in the city.

This station is located on Piazza della Visitazione, very close to the town hall, standing out for its modern architecture compared to most of Matera.

While it is true that this station does not have the best connections in Italy since it is not a part of the Tren Italia network, it has routes to Bari and Altamura through the Ferrovie Appulo Lucane company.

Therefore, this is one of the best areas to stay in Matera for travellers who have a short stay in the city or who must take a train early.

Also, near the station is the Viale Don Giovanni Minzoni, an avenue full of restaurants, bars, ice cream and coffee shops for all tastes and budgets.

Where to stay in Matera – Near the central railway station

Matera – Central Station – Click to see all hotels on a map

Best area to stay in Matera