Where to stay in Genoa, Italy – Best areas and hotels

Where to stay in Genoa – What you need to know

Genoa is the capital of the Ligurian region, in northern Italy.

This city is the sixth in size in the whole country and is known for having the second most important harbour in Italy, for its medieval legacy, and for being the birthplace of Christopher Columbus, jeans and, perhaps most relevantly, the pesto sauce. 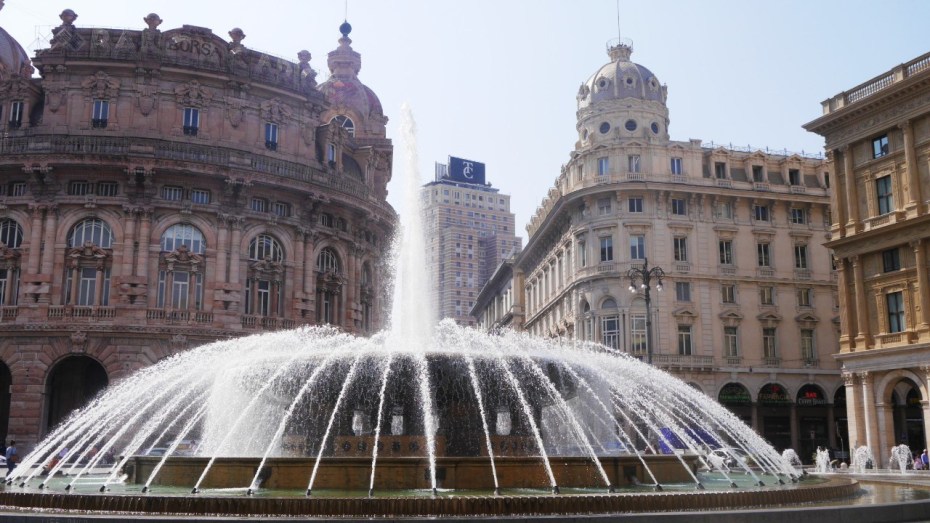 Where to stay in Genoa – Best areas and hotels

The history of Genoa goes back to the prehistoric era. Its harbour was an important trade centre for the Etruscans and the Romans, and its lighthouse is one of the oldest in the world still in operation.

However, it was in medieval times when Genoa lived its greater era. The Republic of Genoa was, for much of its 700-year history, the almost hegemonic naval power in the Mediterranean area.

This wealth and legacy are still visible in its imposing palazzos, intricately decorated churches, and squares.

Genoa hosts the Cristoforo Colombo Aeroporto, with domestic flights in Italy, and regional flights to other European cities.

The capital of Liguria also has excellent railway connections from its two main stations, Genova Brignole, which receives trains from the south, and Piazza Principe, with connections to other cities in northern Italy, Rome and international trains with destinations such as France.

Genoa has a large metropolitan area located between the mountains and the Mediterranean Sea, with steep terrain, slopes and areas of difficult access on foot. Fortunately, the city has an excellent urban transport system that includes buses, regional trains, a metro line and several funicular lines, as well as some public lifts.

As for the best areas to stay in Genoa, the best choice is its Old Town or Centro Storico, as it houses the main tourist attractions of Genoa, the best shopping options and the best cuisine in the city. See accommodation in Genoa’s Old Town.

The best hotels to stay in Genoa.

Hostels and cheap stays in Genoa.

Looking for independence? Book an apartment in Genoa.

Pensions, B&B and guesthouses to stay in Genoa.

The Centro Storico (Old Town) is a picturesque labyrinth of narrow streets flanked by tall buildings that create a beautiful contrast with the sky and the sea that stretch towards the horizon.

This lively working class neighbourhood is the largest medieval city in Europe and a true, somewhat chaotic, open-air museum.

The area revolves around the Piazza de Ferrari, the great central square of Genoa, as well as the adjacent Piazza Giacomo Matteotti.

The Old Town hosts several interesting buildings such as the Palazzo della Borsa, the Carlo Felice Theatre, the Porta Soprano, the Ducal Palace of Genoa and the Cathedral of San Lorenzo.

The spectacular Via Garibaldi, located to the north of the Ferrari square, houses a large number of medieval palaces with beautiful interior and exterior decoration. Not in vain, it was declared a World Heritage Site by UNESCO.

To the west of the medieval area of ​​Genoa is the Porto Antico or old harbour of the city, which, in the last decades, has been remodelled to become the tourist pole of the Ligurian capital. Here, you will find attractions such as the aquarium or the panoramic elevator and several former port warehouses converted into gastronomic centres.

Moving through this area of ​​Genoa is a task that requires several attempts, but do not worry, getting lost in its narrow streets is part of the Genoese experience. Fortunately metro line 1 crosses a good part of the Old Town and connects with the two main railway stations in the city.

The Old Town is, definitely, the best area to stay in Genoa.

Where to stay in Genova – Centro Storico

Piazza Principe is the main railway station in Genoa.

This important railway junction is located north of the Old Town of the city and offers direct high-speed train connections with cities such as Turin, Milan, Rome and Venice, as well as international trains to Marseille, Cannes, Nice or Monaco.

Additionally, the Trenitalia regional network connects this point of the city with the urban centres of the Ligurian coast and other cities in northern Italy.

The Principe station on the metro line 1 connects this area with the city centre (Ferrari station), the harbour (S. Giorgio), and the Genova Brignole station.

In the vicinity of the Piazza Principe train station, you’ll find a part of the network of medieval streets of Genoa, with tall buildings and narrow alleys that hide trattorias, cafes, and shops of all types.

The surroundings of the Piazza Principe station are a good area to stay in Genoa for its excellent train and metro connections and its proximity to the Old Town. In addition, hotels in this area are usually cheaper than those in the Centro Storico.

Genoa – Piazza Principe – Click to see all hotels on a map

The Genova Brignole station is located east of the Old Town in Genoa, and is the second most important railway station in the city, after Piazza Principe.

Brignole operates trains to the south of Liguria and other nearby regions, including La Spezia, Cinque Terre, Florence and Pisa. It is also an excellent connection point for the towns of Nervi and Portofino.

The area around the station is more elegant than its counterpart Piazza Principe and includes numerous residential buildings, office skyscrapers and shops.

The train station is connected to the city centre via its metro station (line 1), so access to Piazza Principe and Piazza Ferrari will not be a problem.

Brignole is one of the best areas to stay in Genoa thanks to its excellent location and cosmopolitan atmosphere.

Reccommended area to stay in Genoa – Near Brignole station

Genoa – Brignole – Click to see all hotels on a map

The Nervi area is 7 km east of the centre of Genoa.

It is an old fishing village turned into a coastal resort in Liguria.

Formerly, Nervi was an independent comune, but it is now a neighbourhood of Genoa.

While it is not the most central district to stay in Genoa, Nervi is, undoubtedly, the most picturesque area of the city.

The pride of Nervi is the Passeggiata Anita Garibaldi, a 2 km walkway along impressive cliffs on the Mediterranean Sea. Its spectacular views make it one of the most beautiful walks in Italy.

Nervi is connected to the rest of the city through frequent regional trains that link it with Brignole in just under 20 minutes.

Nervi is one of the best areas to stay in Genoa for its tranquillity and beautiful beach landscapes.

Where to stay in Genova, Italy – Nervi

Genoa – Nervi – Click to see all hotels on a map

Best areas to stay in Genoa