Best areas to stay in Rotterdam – Top districts and hotels

Where to stay in Rotterdam – What you should know

Rotterdam is the second-largest city in the Netherlands, after Amsterdam.

Rotterdam is such a modern city that it seems more American than European, and it is also a city that is not normally included in the tourist itineraries for people who visit the Netherlands. However, there is a lot to see and do in Rotterdam, especially for young visitors, hipsters and business travellers. 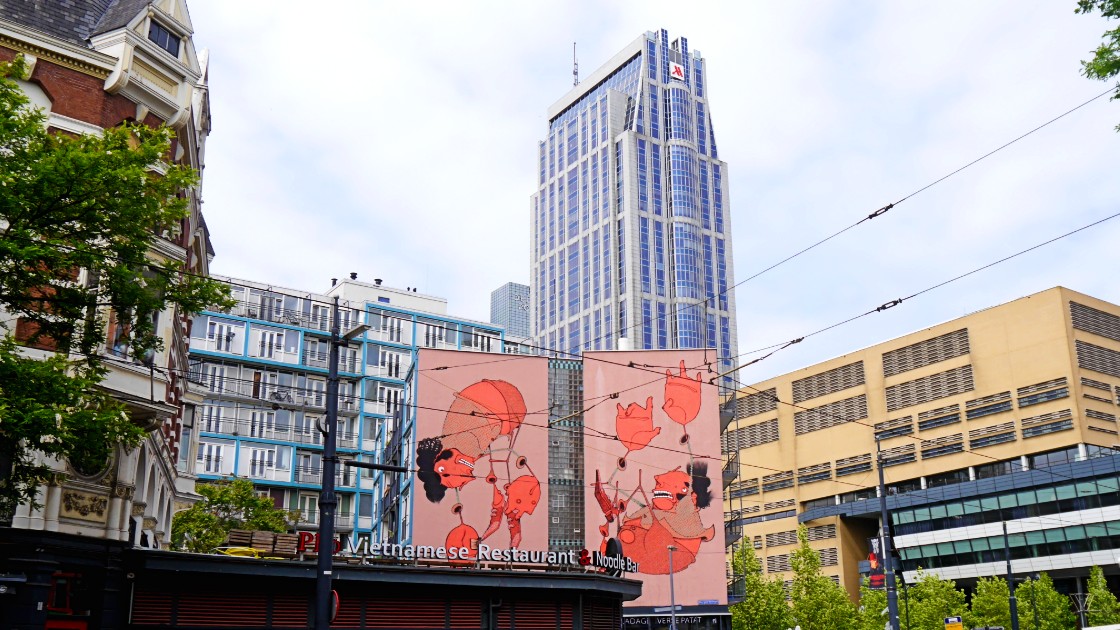 Best areas to stay in Rotterdam – Top districts and hotels

Rotterdam is located in the province of South Holland, about 30 kilometres from the sea. In addition, along with cities such as The Hague, Amsterdam and Utrecht, it forms the Randstad, one of the largest metropolitan areas in Europe.

What makes Rotterdam so different is that, after the World War II bombing, instead of rebuilding its most emblematic buildings, the city was reinvented with a contemporary touch.

Due to its location at the confluence of the rivers Rhine and Meuse, the port of Rotterdam is also the most important on the European continent and receives tons of products from the rest of the world.

As for the best times to travel to Rotterdam, the summer stands out for its mild temperatures that allow visitors to explore its streets easily. On the other hand, winters are usually quite cold, but that’s when you are able to get cheap flights to Rotterdam.

Among the main attractions of the city are the famous Cube Houses, which also have a hostel called Stayokay (See accommodation in Rotterdam’s Cube Houses).

The Erasmus Bridge or Erasmusbrug bridge, which connects the north and south of the city, the Markthal and the Fenix Food Factory are other highlights of Rotterdam.

Getting to the city is possible from the Rotterdam Airport, which, although small, connects with other cities in Europe, mainly through the low-cost airline Transavia (See accommodation near Rotterdam’s Airport).

Also, you can visit this vibrant city by train from Amsterdam or The Hague, thanks to the Rotterdam Central Station, with a spectacular design and excellent rail connections. (See accommodation near Rotterdam’s Central Station).

Transport within Rotterdam is quite efficient, so it is not difficult to move around its different areas. You can choose between trams, buses and trains.

As far as the best areas to stay in Rotterdam is concerned, the City Centre and the Cool District stand out for hosting alternative bars, having a great location and good transport connections (See accommodation in Centrum & Cool District).

The best hotels to stay in Rotterdam.

Hostels and cheap stays in Rotterdam.

Looking for independence? Book an apartment in Rotterdam.

Pensions, B&B and guesthouses in Rotterdam.

Best areas to stay in Rotterdam

The Centrum or City Centre is the best area to stay in Rotterdam due to its perfectly central and privileged location, as well as its excellent transport connections, with many tram stops.

To the north of this area is the Central Station of Rotterdam, from where you can get on a train to, practically, all Holland, France, Germany, and London.

In the City Centre, there’s also the Cool District, one of the best areas to stay in Rotterdam for nightlife, with bars, clubs for all kinds of audiences and coffeeshops where you can consume cannabis legally.

The Cool District is also the recommended area for foodies since, in addition to high-end restaurants, it has fast-food chains, authentic ethnic restaurants and many options for vegetarians and vegans. Another alternative is to visit the Markthal gastro-market, an impressive horseshoe-shaped building with fresh food stalls and restaurants.

In the Centrum, you can get to know the cultural movement of the city in places like the Maritime Museum, the Cube Houses, the Boijmans Van Beuningen, the Rotterdam Museum and all the museums of the Museumpark.

Also, this is a good area to stay in Rotterdam to go shopping, thanks to its many boutiques and department stores.

Staying near the Cube Houses – Best areas to stay in Rotterdam

Feijenoord is a huge district that is located south of the Centrum, crossing the Nieuwe River and the Erasmusbrug.

This area belonged to the old port of Amsterdam and, later, it became a financial, cultural and leisure area.

Here, you’ll find the Fenix Food Factory, an old factory converted into a gastronomic centre with multiple bars, cafes and restaurants that is one of the most trendy places in Rotterdam.

Due to its location, from Feijenoord you can get the best views of Rotterdam and the skyline of the city, ideal for travellers who love photography or for romantic getaways.

Feijenoord is one of the best areas to stay in Rotterdam because, although it has a relatively central location, it offers pocket-friendly accommodation. However, it also has luxury hotels like Hotel New York, former headquarters of Holland America, from where the transatlantic ships would sail to America.

This district has tram stations in almost all its streets, making it easier to move to other neighbourhoods of the city.

Staying near Hotel New York – Where to stay in Rotterdam, Netherlands

Rotterdam – Feijenoord – Click to see all hotels on a map

Delfshaven is one of the most charming districts of Rotterdam. It is one of the few areas of the city that survived the bombing of World War II and, therefore, kept its original architecture.

Delfshaven is located southwest of Rotterdam’s City Centre and houses typical Dutch houses along scenic canals that are postcard-worthy and selfie-ready.

It is one of the best areas to stay in Rotterdam for its antique shops, bars where craft beer is served and restaurants that allow you to know the typical cuisine of Holland.

Among the main attractions of Delfshaven, you’ll find the Church of the Pilgrim Fathers (where the pilgrims met in 1620, before sailing to America) and De Delft, a replica of a warship of the nineteenth century.

Delfshaven is one of the best districts to stay in Rotterdam if you want to see its most historic side and enjoy tranquillity during your stay.

In addition, Delfshaven connects with the rest of the city via tram.

Rotterdam – Delfshaven – Click to see all hotels on a map

Noord is a district that covers all neighbourhoods or “suburbs” located north of the city and the Rotterdam Central Station.

It is a mostly residential and quiet area, with canals surrounded by tree-lined houses and charming hotels, ideal for those who visit the city for family trips.

In Noord, you can also find some of the most important parks in Rotterdam, such as the Vroesenpark, with spaces for picnic and recreation that allow you to relax, without having to move too far away from the main attractions of the city.

Another attraction that deserves to be visited in this district is the Rotterdam Zoo, the oldest in the Netherlands.

Noord is one of the best areas to stay in Rotterdam to enjoy tranquillity during any time of the year.

Also, the area, like the rest of Rotterdam, has several tram stations from which you can move to the rest of the city easily.

Noord – One of the best areas to stay in Rotterdam, Holland

Rotterdam – Noord – Click to see all hotels on a map

The Overschie area is located northwest of the centre of Rotterdam and, in the past, it was considered an independent city.

This is where the Rotterdam International Airport is located, a small air terminal with flights to different cities in the Netherlands and the rest of Europe, especially through the low-cost airline called Transavia.

This is the best area to stay in Rotterdam for business travellers, for those who make a stop in the city, have a short stay or an early flight.

Accommodation in this area is usually cheaper than in the central districts, making it a good option for those who visit Rotterdam on a budget. However, there are also upscale hotels in the surroundings of Overschie.

While it is true that this area does not have the best public transport connections, it has several bus stops.

Staying near the airport – Best areas to stay in Rotterdam

Best area to stay in Rotterdam